The Windscale fire of 10 October 1957 was the worst nuclear accident in Great Britain’s history. The fire took place in Unit 1 of the two-pile Windscale facility on the Northwest coast of England (now Sellafield, Cumbria). The fire burned for three days and triggering a release of radioactive contamination that spread across the UK and Europe.

As part of the Sellafield decommissioning program, work will begin work this autumn to remove and lower sections of the 110m high structure using a Liebherr tower crane.

Techlift’s involvement with the project started back in 2015 when we were brought onboard to participate in an Independent Nuclear Safety Assessment (INSA) of the project with the decommissioning team.

Our primary role was to assess the plans and procedures for the tower crane assembly and dis-assembly. This included the attachment of bespoke ties and climbing to an elevation of 152m. Techlift also provided valuable optimisation recommendations and assisted with the development of the overall scheme, which is to be carried out in an extremely sensitive and restricted area, surrounded by buildings containing nuclear material.

Techlift is extremely proud of its involvement within the nuclear decommissioning industry. We have been involved in numerous successful projects at many of the UK nuclear facilities. 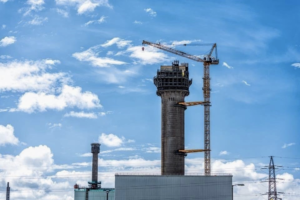 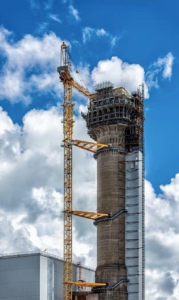 Ahead of the Curve in the City of London